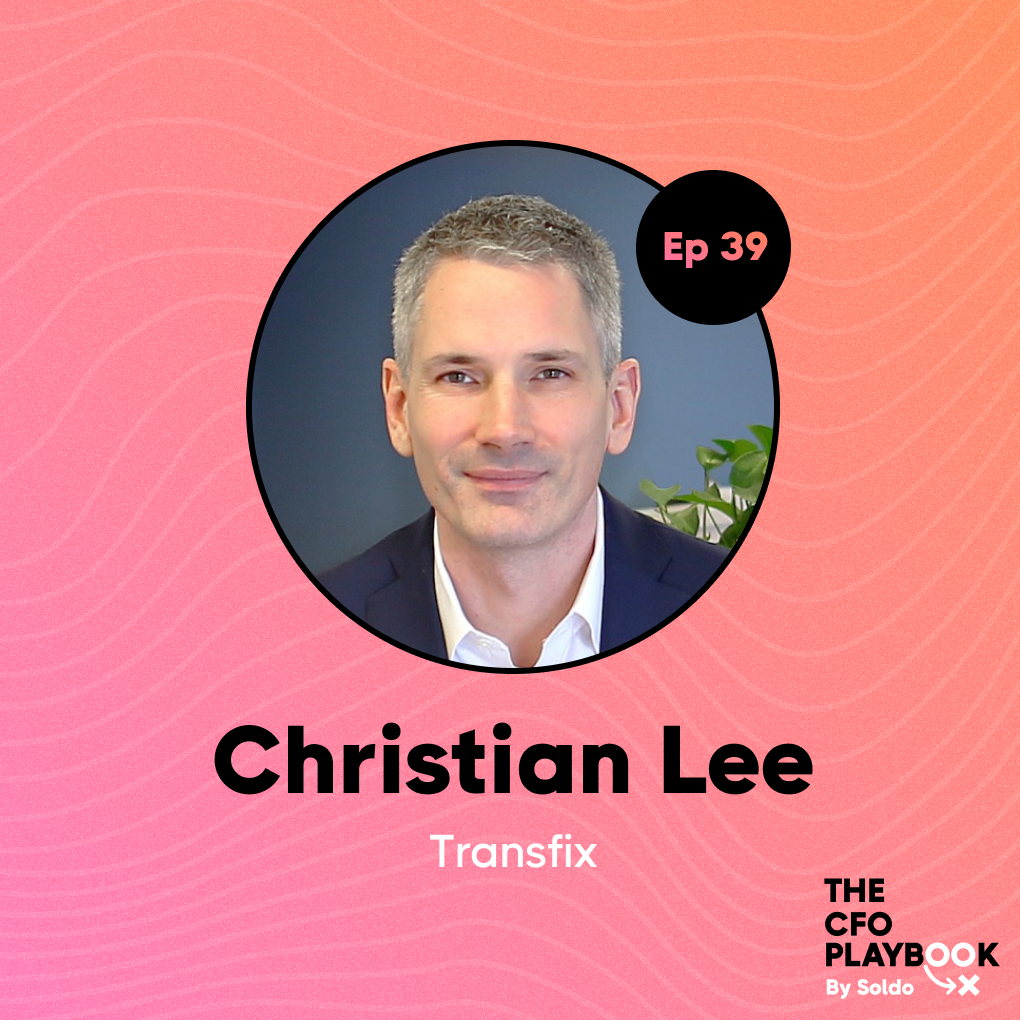 Christian Lee, CFO at Transfix, knows a thing or two about leveraging data to address long-standing industry problems that have been brought to the surface during the pandemic. The key is to prioritize, keep a long eye, and hold fast to developing solutions even after the storm has passed.

Christian Lee has had the unique position of CFO in two industries that have been particularly impacted by the pandemic: real estate and supply chain. Christian left WeWork in early 2021 for Transfix, a hypergrowth startup and leading freight marketplace connecting shippers to carriers. His proximity to these industries has underscored the need for CFOs to pay attention to the problems the pandemic has surfaced.

While 2022 is indeed a new year, Christian stresses that finance professionals shouldn’t overlook challenges in hopes of a ‘new normal.’ At Transfix, he’s taking a data-forward approach to solving the business problem of inefficiencies in the supply chain as well as leveraging automation on the finance side of the business.

Christian emphasizes the importance of finance partnering with the data science team in order to best optimize and drive insights from the data gathered. He says the whole team should be on the same page by having equal access to real-time data, but it’s not enough to simply be in the know: you have to use it as a jumping off point for asking the right questions to move the business forward.

On this episode of The CFO Playbook, Christian talks about disrupting the supply chain industry in the midst of a pandemic, describes why automation is in his top three priorities for 2022, and underlines why Transfix places real-time data at the center of every decision they make.

What he does: Christian Lee is the CFO at Transfix, a leading freight marketplace connecting shippers to a national network of reliable carriers. Having worked at Time Warner Cable and WeWork in various capacities, one constant in his career in finance has been blending the physical with the technological to help solve human problems.

Key Quote:  “My own personal observation and sense is that the most dangerous thing is analyzing things for months at a time, because by the time you've made the decision, things have moved on and changed.”

Where to find Christian: LinkedIn

As the CFO of a hypergrowth company, prioritization is key

Having launched his career at a large, established company, Christian later transitioned to hypergrowth startups, where he learned firsthand the importance of prioritization. He stresses the need to distinguish between the “urgent versus the important.” It’s easy to get distracted by tasks at hand, but if you have a long term vision in place, you’ll be better able to redirect once inevitable fires are put out.

Christian has worked in telecommunications, real estate, and now transportation in his current role at Transfix. One constant has been the combination between physical goods and technology. While much of his energy is devoted to setting up systems and optimizing data, he says that you can’t overlook the human elements of a business that depends on tech. As much as automation is helpful, there will always be humans interpreting the data and depending on the services it provides.

The past two years have both created problems for businesses to solve and also brought existing problems to the surface. Working in the transportation industry, Christian has faced new challenges as a CFO during COVID, but also saw it as a big opportunity to showcase to people that the way they’ve done supply chain for the last 40 years isn’t going to cut it going forward. The key is to be proactive and plan for a “new normal” versus hoping these trends will fade.

While Christian emphasizes the need to set priorities in a startup, he equally flags the danger of over analyzing when making decisions. When your company is growing quickly and you take too long to act, the window for opportunity can pass you by. He recommends getting 60-70% of the information you need to make a decision. If it ends up being the wrong decision, change it later.

Don’t let analysis slow you down

“The most dangerous thing is analyzing things for months at a time because by the time you've made the decision, things have moved on and changed. Not to say that you shouldn't be very thoughtful and deliberate, but sometimes the answer's not going to be obvious and you probably won't get an obvious answer until three to six months in, and by that point, it's too late.

The importance of data hygiene

“Data hygiene is probably as important of an exercise that exists in the world right now as anything because we're only going to get more and more data. There are only more sources and that's great, but if you don't have a very structured approach to data warehousing, to definitions, to all of these things, then it can be more confusing than it is helpful.”

“It doesn't solve any problems for you. It just makes the problems much easier to talk about and solve because you have a baseline there and then you apply all of the judgment and the ‘okay, what does this mean? Why are we seeing this?’ That's what the dashboards can't really tell you, and that's what you need to spend the time on. And then what does that mean for investments and where the opportunities are?”

Finance should partner with the data science team

“You can start to run AB tests, see what works, what doesn't, and you can really partner between data science, the operations team, and the finance team to say, ‘this is what we're seeing.’ If we do this we think it'll have this impact...partnering finance with operations, with the data science team, and then ultimately the engineering team of how to build it, is the most fun part of what I get to do every day.”

“I would tell anyone who's looking for some sort of change and growth opportunity: that opportunity to go build something at a small company that was experiencing a lot of growth was invaluable in my career.”

“​​COVID was, for any issue, an existential threat. But it also was a huge opportunity to showcase to people that the way you've done supply chain for the past 30, 40 years isn't going to work in the future. You don't really have transparency. There's too much inefficiency. We don't know where things are. We need better data, we need better analytics.”

“What we do is sit through and say, ‘where are the inefficiencies? What are the costs? What should we prioritize? And where are we putting dollars to go solve them?’ ...That is what I really like to do is that sort of capital allocation, you know, where do we invest? What are the new businesses? Because there's so many opportunities, but you’ve got to figure out which are the ones that are going to be most impactful and how you invest.”

“People talk a lot about the urgent versus the important. There's some really important things you need to get done, but they can get sidetracked by stuff that's less important, but it's really urgent. And how do you set priorities? How do you align a group of stakeholders? ‘This is where we're going. So this needs to be our roadmap and we'll leave some time to deal with the urgent, critical stuff.’ But you know, it's really about just understanding where we're going and then what is there and what's not there and what it takes to build. All those things, you can kind of deconstruct them down into a series of steps that have to get taken.”