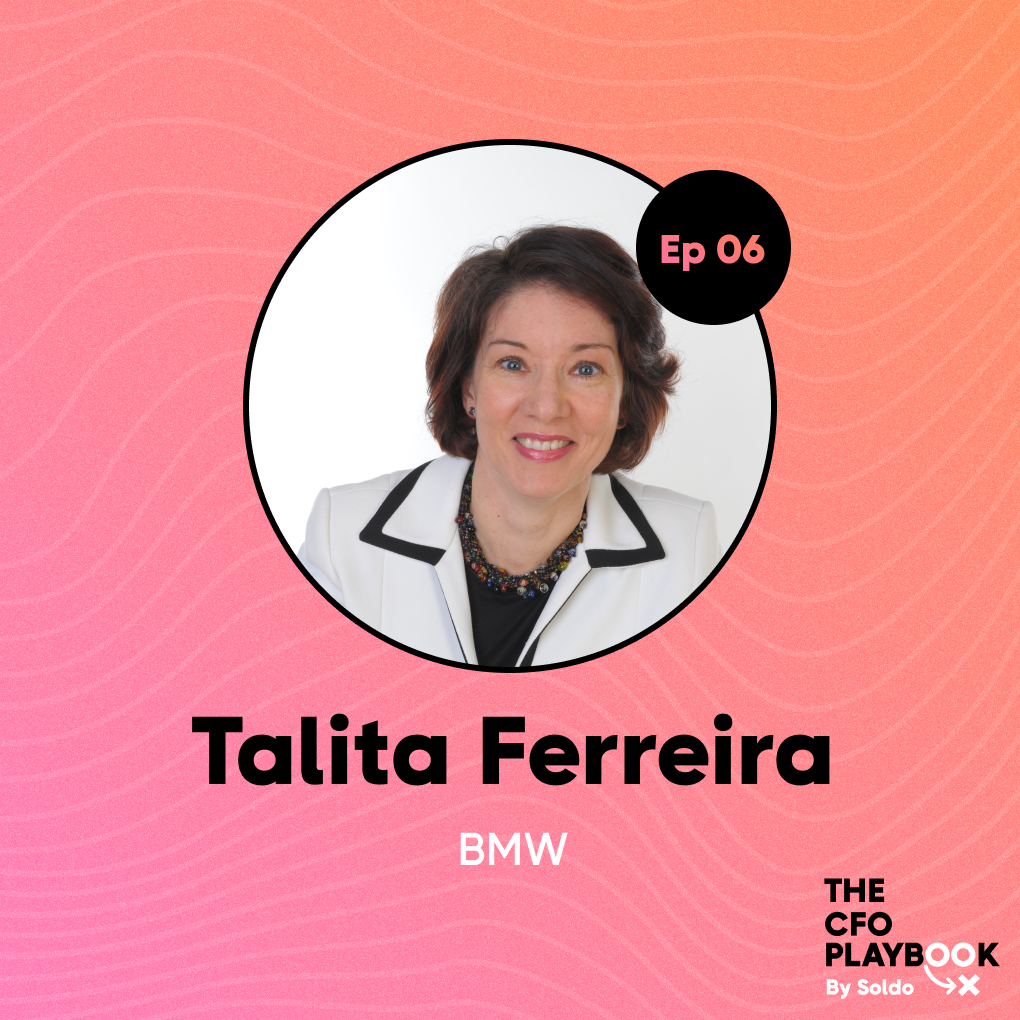 Talita is the founder and CEO of Authentic Change Solutions, where she helps individuals to become better, more effective leaders. Prior to launching her own venture, she spent more than 11 years with BMW Group Financial Services, where she worked her way up to CFO before the age of 35.

Talita Ferreira always dreamed of becoming a CFO before turning 30. She missed this target by five years, but she’s OK with that because she became the CFO of a company far larger than she could’ve ever imagined: BMW Group Financial Services.

Talita spent more than 11 years with BMW, where she managed a team of 45 and landed amongst the top 300 leaders of the company worldwide. She served as the CFO of BMW Group Financial Services before becoming the CFO of BMW UK. And she wasn’t just the CFO. Shortly after her promotion, the company’s CEO approached Talita to also head up the people function (HR), which she admits pushed her entirely out of her comfort zone.

Even so, Talita excelled, and she learned a lot from her experience — so much that she left the company, wrote a book on leadership and launched her own company, Authentic Change Solutions, where she works with individual leaders.

Lately, Talita’s been building online leadership courses, which has involved interviewing 27 of the world’s top leaders. She has distilled her findings into seven shifts and five areas, which she reveals on this episode of The CFO Playbook.

Talita also dives deep into her time at BMW — what she learned and why she ultimately left the company — and explains her approach to leadership. (Spoiler: She was able to cut recruitment costs within her first year of implementing this approach because people were sticking around longer!)

Connect with Talita on LinkedIn.

Connect with our host Rob on LinkedIn.

Full show notes and resources from this episode can be found here.

If you want a better way to track and control your team’s spend, checkout Soldo.com.

What she does: Talita is the founder and CEO of Authentic Change Solutions, where she helps individuals to become better, more effective leaders. Prior to launching her own venture, she spent more than 11 years with BMW Group Financial Services, where she worked her way up to CFO before the age of 35.

Key Quote: “It's about that responsible leadership and innovation — driving that — so that we, in the end, have an impact on the world outside us, outside our organizations.”

Don’t neglect the people side of finance.

When Talita became the CFO of BMW Group Financial Services, she was approached by leadership to also serve as the Chief People Officer. Although this was out of her comfort zone, she’s happy she took on this role. Because of it, Talita is now fluent in not only “financial language” but also “people language” — both of which are essential to being an effective leader and building a strong team.

Bring teams together with one common purpose.

After Talita read “Start with Why” by Simon Sinek, she began implementing some of his leadership principles into her strategy, including the act of bringing various functions (e.g., financial IT, HR) together under one common purpose. For them, this was becoming the enablers of the business and the developers of people. Within the first year of adopting some of these strategies, Talita says the company’s recruitment costs decreased significantly because far fewer people were leaving.

Getting to the root of good leadership: the seven shifts.

After leaving BMW Group Financial Services, Talita made it her mission to coach leaders on good leadership. Part of this involved interviewing 27 of the world’s top leaders — and she did so in just 30 days! From her interviews, Talita created the seven shifts:

Adding the people function to the financial function

“It's really making a concerted effort to grow and develop that team through all the interactions you have with them as individuals and as a collective. It's that collective piece I see missing. I would definitely say HR brought that realization to me in a very, very stark way, and as soon as I started experimenting with those things, I became more and more successful. And I honestly think that's what drove my success. I was doing things that other finance leaders weren't doing, and so it was very easy for me in a group like BMW — with many other finance leaders — to stand out because I was doing something different.”

Becoming a great leader: The game-changer

“The game-changer for me in my team was by trying to connect and bond those disparate functions that very much in large organizations act like silos. … It's really connecting, bonding them, creating a sense of belonging. And the thing that I find makes the biggest difference is then: What is our purpose?”

Digging deeper and understanding the ‘why’

“So in the boardroom, we were having a disagreement about something. I want to understand what you guys think is the real problem. So what is really the thing that sits underneath it? Because very often we stay at such a superficial level that we don't really get to the real meat of what the problem is. And if you don't get to what the real meat of the problem is, you won't really get to a good answer. So very much questioning, asking questions. Are we addressing the right issue here? What is the real issue?”

Stop wasting your energy on ‘no’

“It's about questioning. It's about, ‘Well, how can we make this a success?’ Instead of focusing on everything we can't do, change the conversations to, ‘What would make this a success? What steps could we take to do this?’ If someone says to me, ‘Well, we can't do that.’ Then the question is, ‘What can we do that could meet them halfway? So it's questioning in a different way and not allowing the energy to be spent on the ‘no.’”

What makes a great leader

“People want someone who inspires them, someone who has some future direction and is able to articulate that in a really great way. And then it’s someone who takes them along that journey. So that's the first thing. The second thing is it's someone who’s able to role model the right behaviors. I cannot tell you how important role modeling is in this whole thing, because they want to look up to that leader, but not just in seeing the leader above them — sometimes they want this to see the needle on par with them. They want to see both the dynamics. And then there's the dynamic of … those softer skills like empathy, being humble, being vulnerable. That's coming to the forefront massively.”

“What I saw is that none of those analytical-minded functions were very good at training people coming up behind them. So all those leaders really needed to understand that part of their purpose was also training the next generation of leaders.”

“Once you function better as a team and you can unlock creativity, you're far more able to drive bottom-line profit.”

“It's about that responsible leadership and innovation — driving that — so that we, in the end, have an impact on the world outside us, outside our organizations.”