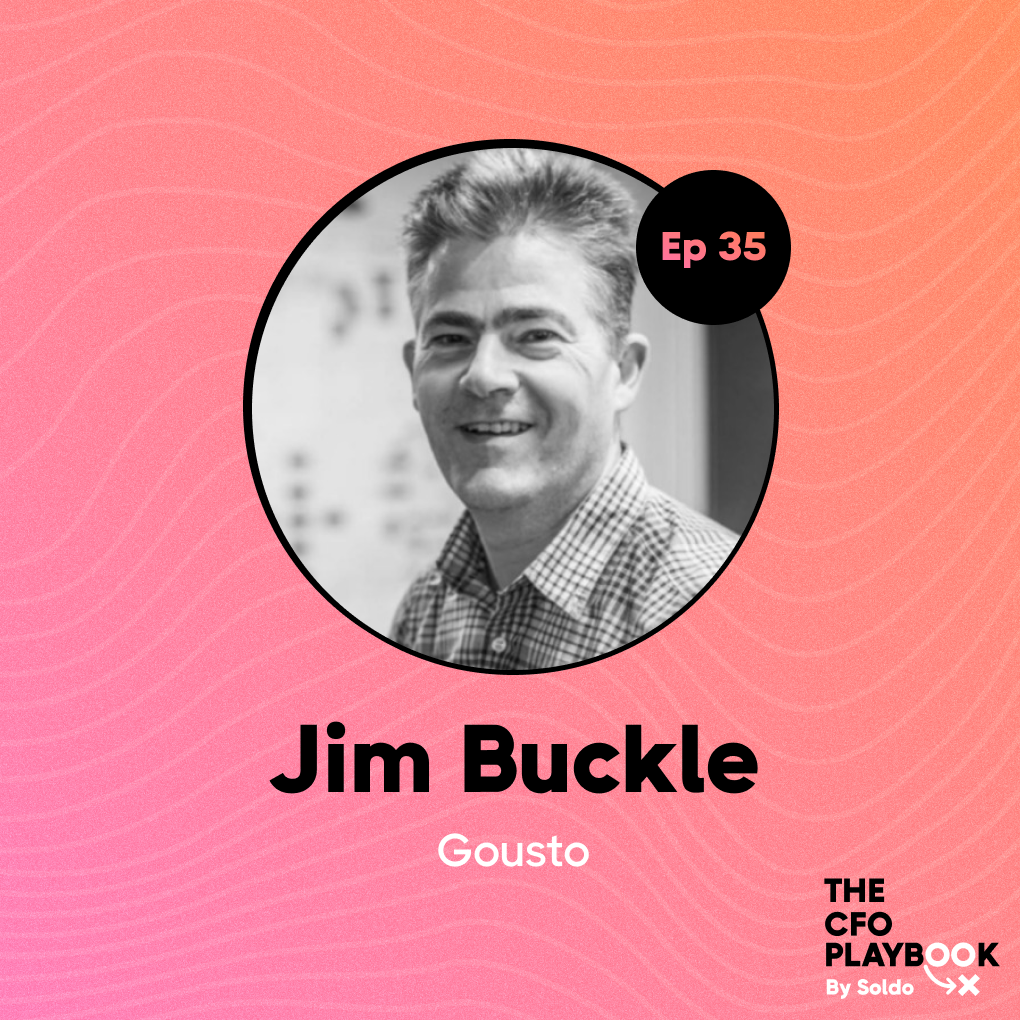 Jim Buckle knows you don’t have to sacrifice rapid growth when building a business that prioritizes what’s best for people and planet. At Gousto, the finance team helps to drive the business forward while embracing a sustainability mindset.

With a 100% CAGR year over year since 2016, Jim Buckle has seen incredible growth during his time at the helm as CFO of Gousto. And with plans to double headcount for the second year in a row, there’s no slowdown in sight. While some might think that in order to maintain this rapid growth, you have to sacrifice sustainability in terms of people and planet, Jim’s leadership and insights prove this isn’t the case.

In fact, Jim would say that businesses need to act fast to “do the right thing” socially and environmentally, or they’ll be left behind by both consumers and investors. Consumers are holding businesses to a high standard, and acting with their dollars. Investors are following suit because they know the market demands it.

In his role as CFO, Jim prioritizes forward-thinking so both the company and the finance team thrives for the long term, all while practicing a sustainability mindset. While Gousto has experienced rapid growth that has only picked up speed during the pandemic, Jim stresses that as part of the leadership team, he’s helped structure the business in a way that maintains the flexibility and nimbleness of a startup.

When it comes to growing a finance team, Jim emphasizes the importance of personal growth and hiring those that are as future-focused as he is. He believes the role of finance isn’t just to support the business, it’s to drive the business forward and be a key part of what makes the business successful.

To that end, Jim understands that the path to becoming a CFO isn’t necessarily a straight one. He encourages mentees to be willing to make sideways moves along the way because building a broad base of experience will help you better understand the business in the long run.

On this episode of The CFO Playbook, Jim discusses the value of sustainability for consumers, investors and businesses alike, how to scale your team while maintaining the nimbleness of a startup, and his considerations when embracing automation.

What he does: Jim Buckle is the CFO at Gousto, a meal delivery company and one of the fastest growing businesses in the UK: it doubled its meal deliveries from 2.5M to over 5M during lockdown. In his role as CFO, Jim ensures Gousto is scaling in a sustainable way that benefits all stakeholders, be they employees, investors, customers, or the planet -- all without sacrificing profit.

Key Quote: “There's only a limited pool of resources that any company can tap into. And so if we don't do that in a sustainable way, we're not going to be around for the long term...We need to keep our mind on doing the best we can for all stakeholders, but we just need to go on that journey at the right pace.”

Where to find Jim: LinkedIn

Sustainability is important for both consumers and investors

Jim knows that you don’t need to sacrifice growth for sustainability, instead you must ask, “is it a good thing for all?” As consumers continue to push businesses to do the right thing for both people and planet, investors are following suit. Jim stresses that when your customers are aligned behind what you do, profits will follow that demand. It’s up to businesses to answer the call of both consumers and investors when it comes to focusing on sustainability for the long term.

If your company is growing really fast, you need to have a flexible organizational structure in place that can expand at the same rate. Jim believes that even as you double your headcount, you need to move like a startup by encouraging employees to treat their role as flexible and to focus on personal development. At the same time, Jim emphasizes that leaders need to be forward-thinking by asking what challenges might arise in the future and how the current team structures might handle it.

As you scale with automation, have the right roles in place

Jim says that the more a company adds automation, the more it enables interesting, less tedious roles for people. But as you scale with automation, you also have to consider whether you have employees dedicated to ongoing process improvement as well as people who can help interpret the data that’s output. Jim shares that while it may seem like employees would jump at these roles, finding those that can do them well can be challenging -- which is where deliberate and strategic hiring comes into play.

Be willing to make sideways moves on your path to CFO

That there might be one roadmap to follow on your way to CFO is a tempting idea, but Jim says that what works for you might not work for another person. Above all else, in his experience, the path hasn’t been linear. Sometimes the best thing you can do is make a sideways move to learn more about the way a business operates. Not only will it satiate your curiosity and make you a more knowledgeable leader, it will also make you a more empathetic one.

On balancing growth and sustainability as a B Corp

“In the long term there isn't really a debate around ‘is it a good thing for shareholders?’ Because if you're doing something where your consumers will be aligned behind what you do, then that ultimately is a positive thing. It's just thinking in that right mindset. But I think the pace of which you go and the level of investment you put behind it is the area where you can have some debate.”

“There's now starting to be a very healthy kind of end to end demand from the investment community wanting to push in the right direction, and at the other end consumers wanting to push in that right direction. And therefore companies hopefully can ride both those waves to be doing the right thing...Businesses that are seen as being harmful in the long run... there may be people that are willing to invest, but that will become less and less.”

The role of finance is to drive the business forward

Hire with a growth mindset

“When we're hiring people, we're looking for people who are going to thrive in a fast changing environment and one that's very demanding...You don't want someone who's going to just come in and be content doing the role they're doing. They need to be in parallel thinking, how do I make this? How do I improve this role that I'm doing? And also, how do I help improve the business?”

Advice for aspiring CFOs: #1: Be Yourself

“The first thing I would always say to anybody, not just in finance, but in leadership roles generally is to be themselves. I think when you start out in your career and you can have a perception of what leadership is and you know, you can see certain people in leadership roles and you can form an impression of that's the way you have to do something. And for me, I think it's really important to understand who you are and what your personality is and what works for you, and then mold your leadership style around that.”

“It's easy to be the kind of CFO who just bangs the table and says, ‘we need to do better.’ But if you haven't been in those roles where you're actually responsible for delivering the sales target or you're responsible for delivering those efficiency improvements from an operational point of view, you can be relatively unsympathetic and not really engaged properly with your colleagues in that respect.”

“The way I think about roles... If I can do something that’s interesting, that adds value to the business I'm in, that's really what matters. The role in a way is a little bit immaterial.”

“I'm constantly iterating how the future looks and what that means in terms of growing the size of the team or what will mean in terms of customer demand, et cetera.”

“I tend to ignore sales pitches. You could spend your whole life responding to emails or phone calls about a particular product that someone says will transform your finance function. So I start from the position of, I just ignore all of those because you really have to start from what are your own pain points and try and solve them.”

“How effective the finance function is, isn't really down to me as an individual. It's down to the team that we build and the team that might've reports, but underneath them. So [hiring] is really the most important way in which you can spend your time.”

“We need to expand into having someone that's more dedicated to looking at ongoing process improvement, because as the business scales and the complexity grows, we need to make sure we keep pace with that. So I think definitely that investment in systems, expertise and process improvement expertise is important.”

“As a leadership team, we probably spend at least half our time thinking about: What's the optimal organization structure. How have we got the right level of management experience in the business?”

“You need to build a career over time and ultimately do things that you find enjoyable and rewarding and not get too hung up on the precise status and everything else... If you build a broad base of experience, and be willing to take a sideways move in at some point, ultimately you become a better person in the long run and a better fit for a CFO role.”