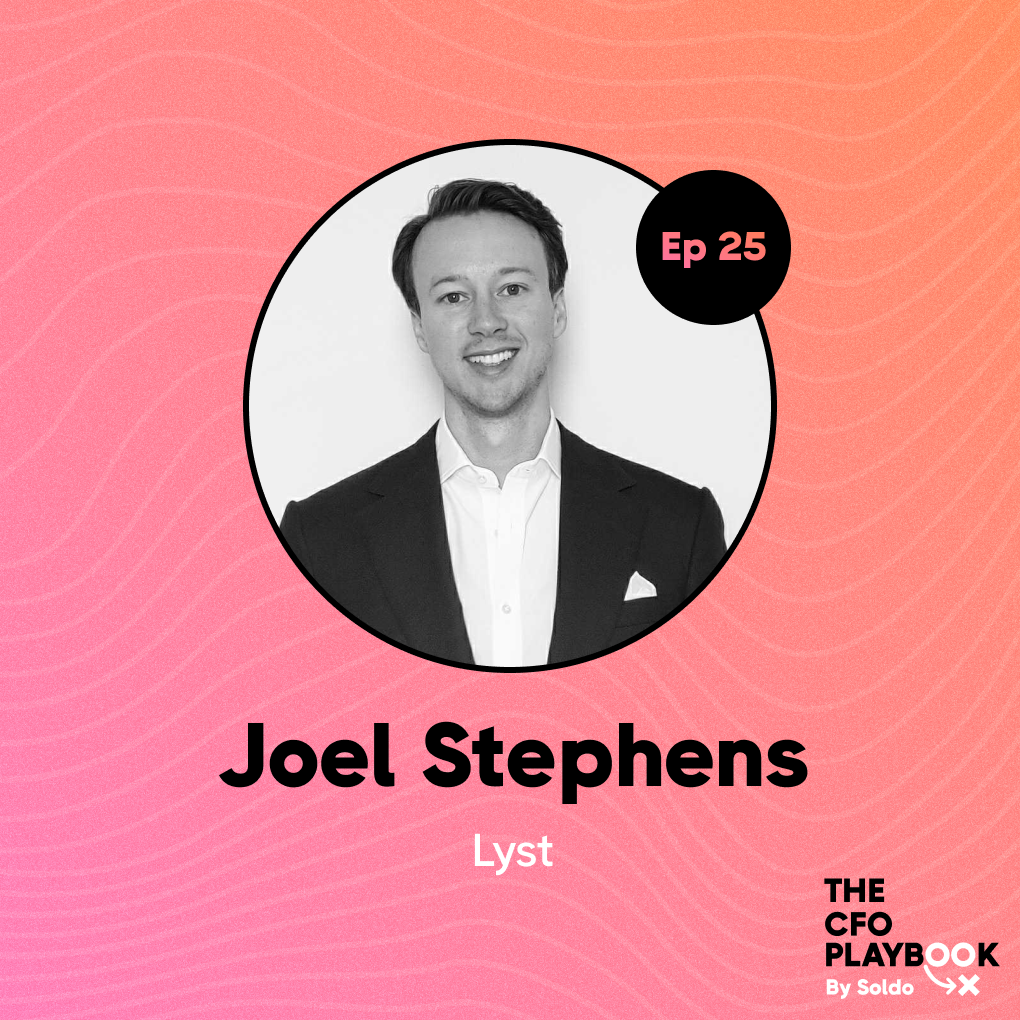 Joel Stephens, VP2 of Finance at fashion shopping app and website Lyst, shares his experience of leading the financial element of the company’s $85 million pre-IPO funding round, while dealing with the challenges of a global pandemic.

Joel Stephens’ career at Lyst started in 2015, when the fashion shopping app and website was still a startup and he was its financial controller. Fast forward to 2021, and Joel is now VP2, leading three teams in the finance department. He recently finished heading up the financial part of an $85 million pre-IPO round.

Joel says his secret has always been agility. During the COVID-19 pandemic, his team successfully shifted its typical models of fundraising, in an effort to prove to nervous banks that the company was a solid bet.

Despite the challenges, Lyst came out stronger in the end. Joel credits the core finance team for keeping the company running smoothly during the fundraising round and the pandemic.

It’s not just the people he manages that Joel is appreciative of. His career has been guided by mentors, who have helped him understand the importance of developing relationships with his team, and getting to know their strengths and weaknesses.

He makes an effort to implement those lessons, both as VP2 and as a mentor in the Black Working Women network and the Obsidian Network, a UK-based non-profit platform for Black professionals.

Joel has found several strategies that help him get the best from his team. He encourages them to use the Minimum Viable Product (MVP) framework — a concept he learned from the book “Lean Startup” by Eric Ries. This encourages everyone to focus on the larger picture, rather than getting lost in the details from the beginning.

In this episode of The CFO Playbook, Joel explains how his time at Lyst has shaped his leadership style, how the models he used to fundraise during the pre-IPO round were changed by the pandemic, and some of his favorite goal-setting methodologies.

What he does: Joel is the VP2 of Finance and FP&A at Lyst, where he heads the Core Finance, Commercial Finance, and FP&A departments.

Where to find Joel: LinkedIn

Value and appreciate the importance of core functions.

A smooth and efficient financial department depends on a core team. Give them the recognition they deserve for providing a reliable service in challenging times.

Make your bigger vision happen with the gold standard.

Every six months, Joel and his directors decide on the gold standards they want to achieve in all the finance categories. They then break these down into smaller tasks.

Having a big vision in mind is important, but it won’t happen without hitting small targets first. Identify daily goals to stay on track for the larger objective.

One year is a long time for an e-commerce company in a market where change is the norm. A shorter budget period allows room to accept opportunities as they come along, and to take chances to grow the company.

Pay it forward by becoming a mentor.

Some are luckier than others when it comes to having connections in their industry whom they can turn to for career guidance. If you have the expertise and experience, share your knowledge with others. You were new once too!

“The hardest things you go through are often where you learn [the most]. It certainly feels like we learned a lot as a business off the back of COVID: How other people could see the business and how we can run the business in different ways.”

“The core finance team are like the bottom of a cheerleading pyramid, and the FP&A team are like the person who stands on top. Your eyes get drawn to the top, and you're impressed by the person doing the handstands: but there's no way that would work unless you had a really strong base underneath it. That's the same with these two teams.”

The MVP framework saves you from investing in a mistake

“The idea with an MVP is you create something that is kind of scrappy: not a finished product by any means, but something that you can just about send out to someone and get feedback on. If they say they like it, you do a little bit more, and then you get some more feedback. The idea is that you don't go too far down the rabbit hole before you realize you've done something wrong.”

Shoot for the Moon

“The gold standard can be a two-year or five-year aspiration. It's not meant to be easily achievable. It's meant to be, What does the best finance department in the world do in this area of the business? The idea is that you get the best in class and work back from there, to work out what you should be doing.”

Be open to unexpected opportunities

“You create an agreement with the board where you say, This is what we want to achieve, these are the strategic things which we think will push this company forward. Six months later, you have another conversation with them and say, We can do exactly what we told you and we're very happy to commit to that, or This [other] opportunity has presented itself and we don’t want to miss it. That happens more frequently than you would expect.”

Become a mentor, change a life

“I've had some incredible managers who have really nurtured me, encouraged me. Having that inside the company is even easier than going outside and finding people to tell you how you might progress. I was surprised that there are people who haven't got anyone to turn to, and they haven't got a relation or a friend who's worked in the industry.”

“People think of core finance as the unsexy side of the business. I don't agree with that. If you're in a business that's growing rapidly, that function should be changing year on year. If it’s doing exactly the same things it was doing last year, there's probably something wrong.”

“Sometimes you can get bogged down by admin, and you can go down the corporate route of saying, We have to do this to tick boxes, rather than saying, We're still agile. We're still scaling up. We're still able to be very mobile, and to adapt to what's in front of us. Let's use this as an opportunity.”

“Last year, our financial controller was recognized as one of the top-performing people in the company. I love that Lyst [credits someone from] the support teams for providing uninterrupted service. That's how it should be.”