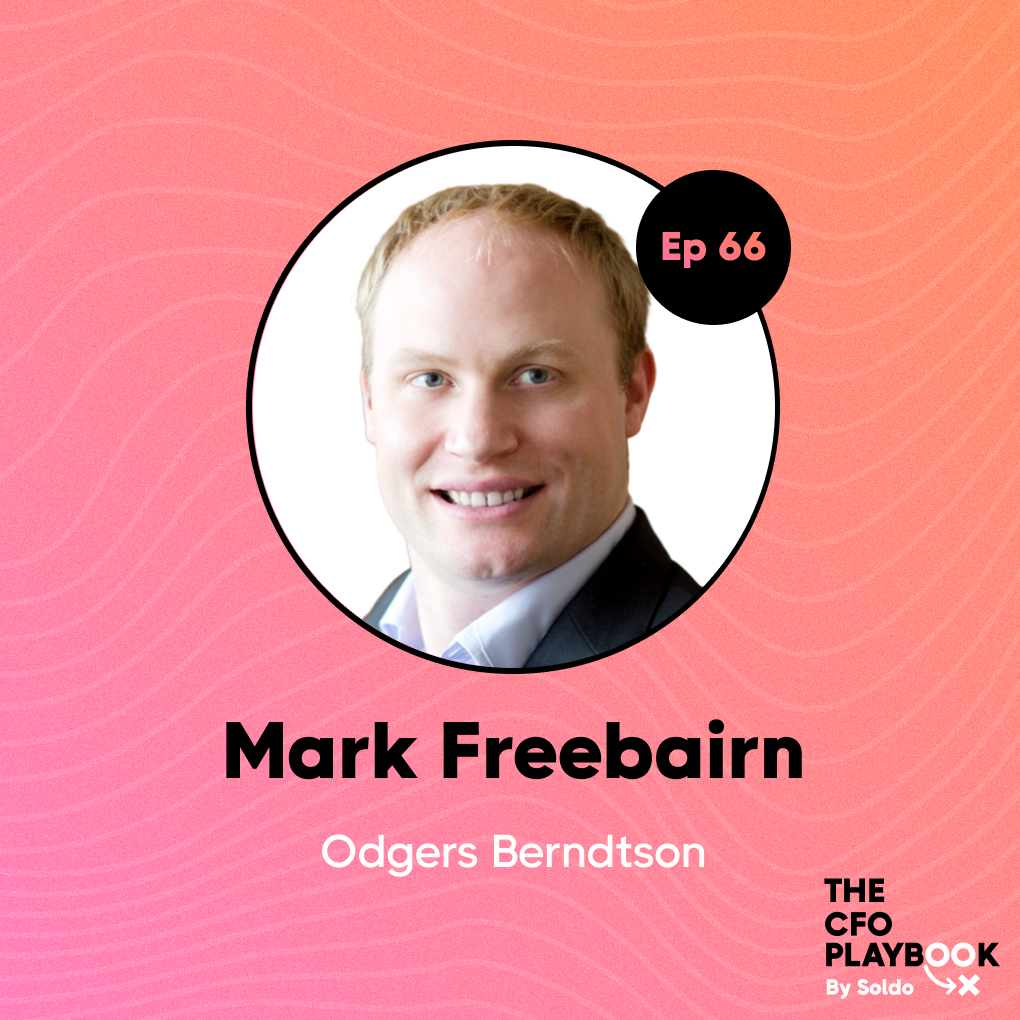 66 Headhunting During the Great Resignation with Mark Freebairn, Head of Board Practice and CFO Practice at Odgers Berndtson

This episode of the CFO Playbook features an interview with Mark Freebairn, Partner, Head of the Board Practice, and the Financial Management Practice at Odgers Berndtson, a global executive search, interim management, talent assessment, and leadership development firm based in London. Mark talks about his current role as a CFO headhunter, his unique approach to solidifying his place as a knowledgeable expert in the finance area, and the importance of building relationships.

Mark’s Playbook: Becoming a CFO in the modern world

Mark Freebairn’s combination of current experience as a Partner, Head of the Board Practice, and Financial Management Practice has allowed him to focus on advising Odgers Berndtson’s Board as a whole and others, while maintaining the track record the Financial Management Practice has built working with the finance function to identify and develop talent. Mark led the CFO Practice for 18 years before broadening his area of focus to lead the Board Practice. He benefits from seven years of experience as a Non-Executive Director on the Board of GlobalData plc and also sits on the Remuneration Committee for the Institute of Chartered Accountants in England and Wales.

In this episode of the CFO Playbook, Mark talks about his current role as a CFO headhunter and how he got there, what it takes for aspiring CFOs to achieve success given how the role of the CFO has evolved over time, and finally defines the current market availability for CFO positions in a post resignation world.

Planning as a tool for aspiring CFOs

Tracking out a detailed plan of action is absolutely necessary in order to reach the top of any company. Failure to do so can lead to missing out on crucial work experience that will put a dent in any plans to achieve the desired successes.

“Work out where you want to get to, and then understand the experience you need to get there. Work out the roles that give you that experience, work out how long you need to do them for,  work that backwards to where you are now. If you are on that path, you're heading in the right direction, keep going.”

Emotional intelligence is a key trait of great CFOs

On top of all the fundamental qualifications, the role of the Chief Financial Officer requires incredible emotional intelligence. The CFO must be able to put the success of the business over everything, and sometimes this means losing status in the social hierarchy at work.

The evolving role of CFO

The role of the CFO has greatly expanded from the stereotypical view of the accountant to being, in essence, a mini-CEO. As people started to appreciate that the function had more to offer, the scope of the role began to increase. With that, the amount of experience that upcoming CFOs were expected to have also grew.

“You’ve got shareholders saying we want to broaden out the role of the CFO, because I want that person involved more. You had the CEO saying, I want the CFO involved in more because, A, they're my business partner so I want them involved in everything and, B, I can't do everything you want me to and if I’ve got to give it to someone I'm going to give it to the CFO.”

The tables have turned for hiring CFOs

Following the Great Resignation, a shift in power related to hiring and being hired as a CFO occurred. Now that there are more available positions, people have a greater choice of companies to pick from. Companies still want the best they can get, but struggle to reach them as candidates now have a lot more bargaining power.

“Where a client has power, they hire experience. Where a candidate has power, they offer talent. And at the moment in a post resignation world, where there are more jobs being hired, where businesses are fighting furiously to keep the good people that they've got and therefore there are fewer good candidates looking for a role when there are more roles out there. What we are having to say to clients is, I know you want to hire the martian with six heads, four arms, two legs, six pink spots on their back, and so on. But you can't because they're not gonna come because they don't want to do the job you’re offering them.”

04:53 Getting started at Odgers Berndtson

This show is brought to you by Soldo, the brighter way to manage business spending and expenses. With Soldo, you can control every expense, track spend in real time, automate financial reporting, and then use those insights to fuel growth. Learn more at Soldo.com

Connect with Ross on LinkedIn

Connect with Mark on LinkedIn